How Can Educators Differentiate Instruction for ELLs Through Academic Teaming? 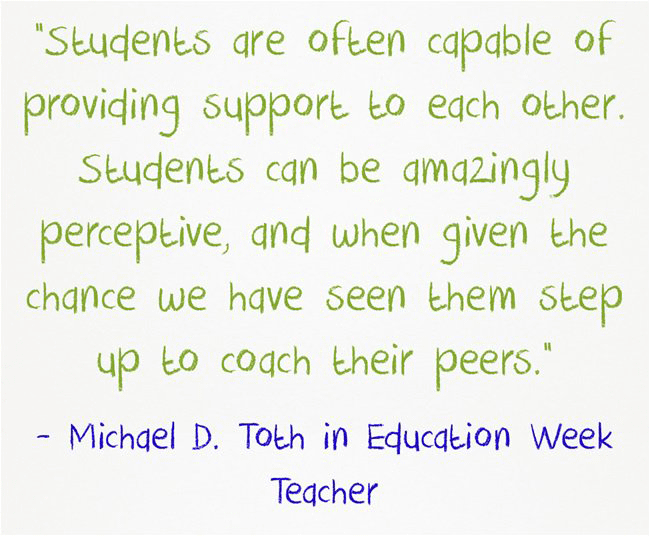 Close Monitoring and Support by Students and Teachers

Differentiated instruction is more focused on what the teacher does. What we have found is that student teams actually personalize instruction for each team member through team structures, as illustrated in The Power of Student Teams: Achieving Social, Emotional, and Cognitive Learning in Every Classroom Through Academic Teaming (Toth & Sousa, 2019).

In a team-centered classroom, students are expected to monitor their own team tasks and verify the team’s accomplishment of a learning target. The team members and teacher ensure that all students in the team can demonstrate evidence of their learning.

If an ELL student needs extra support, that need will become more visible in a team-centered classroom than it would in a traditional, teacher-centered classroom, where it’s much harder to know what students are thinking. Through observing students discussing, questioning, and debating within their teams, teachers can decide what kind of extra support ELLs need.

Students are often capable of providing support to each other. Students can be amazingly perceptive, and when given the chance, we have seen them step up to coach their peers.

One example comes from a 3rd grade inclusion classroom we observed. A student with disabilities felt he couldn’t keep up with the pace and became upset; the team encouraged their frustrated team member to write down only page numbers for the evidence they were citing together, rather than the full quotes. They came up with this solution entirely on their own, the teacher approved, and this adjustment to the task allowed the team to reach their learning target while still keeping the task rigorous. Besides practicing their problem-solving and critical thinking, these students were also practicing crucial social-emotional skills in an authentic situation.

As a last resort, the teacher can step in to remediate students, correcting misconceptions or providing different learning strategies (the teacher will have more time for this kind of individualized support in a team-centered classroom than in a traditional classroom, due to less time spent on direct instruction).

Team-centered instruction has enormous potential to reach English Language Learners in mainstream classrooms without having to separate them or offer them less rigorous tasks than their peers.

This article was originally published in Education Week.