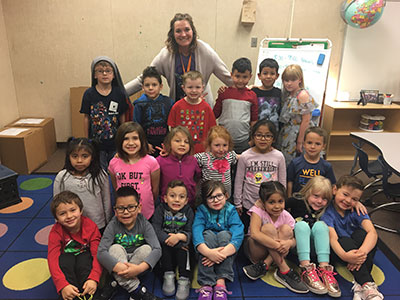 I had a student join Jefferson in February from Cuba. He was a very bright student, but did not have a lot of language to help him communicate with his peers and teachers. I placed him in a team for math that had a classmate that was able to translate directions for him. He flourished. He was able to complete any task that he was challenged with and began developing a strong academic vocabulary. By May, he was communicating with teachers and students and sharing ideas in whole group. Academic teaming gave him the supports he needed and helped him to quickly flourish in the classroom.