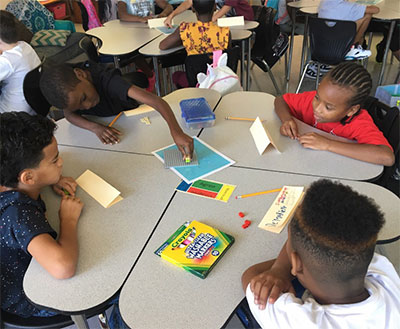 Academic teaming is something that has forever changed myself and my students. Prior to effectively participating in academic teaming, I felt like my students weren’t hitting their goals with enough rigor or purpose. Their discussions were minimal, and their work was mostly independent. After being introduced to academic teaming, my students (and I) blossomed together. We discovered the appropriate way to agree and disagree during teaming. Purposeful tasks became just that…PURPOSEFUL! Each student now had a role that was aligned to the target, criteria, and task. Their role, whether they noticed it or not, is what made teaming navigate our classroom. I almost felt unneeded, but in the most enlightening way imaginable. I was able to facilitate in a way that really led each student to his or her potential. This facilitation is what pathed the way for each student to hit his or her goal with enough rigor and purpose. I was no longer being pulled every which way (thanks to the help protocol)! I was able to “live in the moment,” and have endless amounts of teachable moments with each child who needed it. Thanks to academic teaming, there are no more “minimal discussions.” These students are ready to lead the future with the communication skills they have learned from academic teaming.