In the video you will meet Dan Cabrol. Dan is an 8th grade science teacher at Edward Hand Middle School in Lancaster, PA and he is very passionate about his subject. I have been coaching Dan for 2 years and our focus has been to shift the learning from him owning the knowledge to the students owning the knowledge. This has not been easy. Dan will attest in the video that he had a hard time letting go of the information. He believed that his enthusiasm would transfer to the students. Two years ago, Dan would be doing experiment in front of students, hoping for oooo and ahhhs. The students would be filling in a worksheet while watching him with goggles on and vapor oozing from a beaker. One year ago, Dan would have the students do the same experiments but would have all of the materials laid out and the steps for the students to follow. They would be in furniture groups with the same worksheet. This year Dan has laid the groundwork for experiments and the students are proving the theory behind the experiments and using whatever materials are in the classroom. They are learning from failure and they are learning from their academic teaming. Everyone on the team has a role and is bringing something to the table. Enjoy Dan’s story. 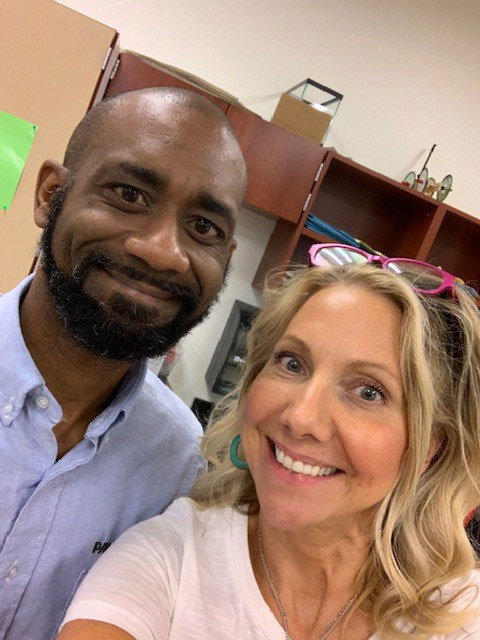